Sit, stand, sit: The new science about how to best use your standing desk

“(CNN)Sitting is the new smoking, we’re told, and suddenly sit-stand desks are everywhere. But do we know just how healthy they are and the best ways to use them?”

“Where sit-stand desks had the most impact, the analysis found, was in relieving discomfort.” 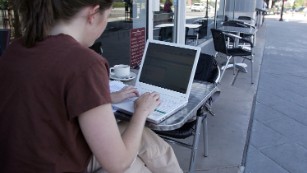 “What we understand now is that the human body heals itself through movement and activity,” said Mark Benden, director of the Ergonomics Center at the Texas A&M department of public health. “We want people to ambulate, to get up and move around, to take more steps throughout the day. When they do sit, we want them to sit less often and for less duration at a time.” 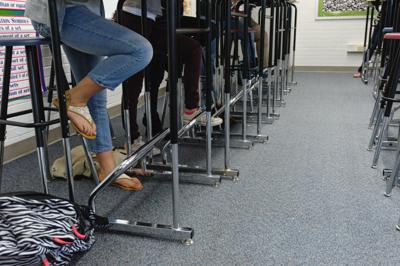 “Am I doing enough for my health and wellness?”

Much debate continues to take place about whether standing more (such as at your CanDesk Standing Desk), sitting less, and walking 10,000 steps a day is enough exercise to support a healthy heart, waistline, and lifestyle. The majority of the literature seems to suggest that the answer is ‘no’, but as with everything, they add: ‘it’s complicated’. Let us try to break it down.

If you measure your walking distance (even sometimes) and you find yourself walking ~10,000 steps a day, and you prioritize standing upright over sitting slouched over, congratulations. You’re already well ahead of the curve. These are considered fairly conservative and easy-to-implement lifestyle enhancements that yield a compound interest. You see, when you start standing, it becomes easier to start walking. When you start walking, walking becomes easier, and you may begin walking more often and over larger distances than before. Once walking quickly for a long period of time becomes easier, you may find yourself yearning for an additional challenge, such as walking with a few bags of groceries in tow (instead of driving or riding transit), or even jogging. Thus, a slippery slope of healthy behaviors can begin to form with the simple act of standing more and sitting less.

Due to metabolic physical and genetic differences between people, the exact amount of exercise that a person needs and can handle varies, but there seems to be strong evidence to suggest that you engage in moderately vigorous exercise multiple times a week for a duration of at least 30 minutes, in order to optimize your body for long-term health. One cannot overlook the importance of nutrition in this regard, since even 10 hours of vigorous training (purely hypothetically speaking) isn’t necessarily enough to undo the damage of eating 10 fast food dinners. In other words, there are many factors at play when discussing optimal health and wellness, and it’s near to impossible to control and monitor them all in one coherent long-term study. Thus, most scientists find themselves concluding each such study with the following remark: